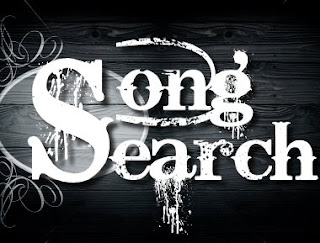 Though the song is not new, it may be new for you : “Hiding Place” is a song from the awesome talent pool at New Life Church in Colorado. This song is one that can close your eyes to, earnestly open your heart, throw all your cares upon God, and feel His presense softly saying “I’m here…I am your hiding place”

The song takes on a whole new meaning for the folks at New Life. The church endured the resignation of it’s originating pastor in November of 2006 after improper actions were discovered. It was, imagineably, a huge blow to the church…but one that would not be its greatest.

A little more than a year later, a young man walked into the church and openned fire. His bullets reached four people – and left two dead before the church’s security guard wounded him. The gunman then took his own life.

Today…the church is still absolutely thriving and filled with God’s love. Why? When confusion existed after their pastor’s resignation…they sough solice in God. When they experienced an event later that is more horrific that any of us will ever endure (we would hope) …they sought after God to heal the emotional wounds.

Can you imagine how much the words of this song now mean to that church? What about you? What wounds do you have? What fears do you have to lay on the Lord? I know my wife and I are uncertain about economic issues like many of you are…but isn’t it nice to know that God is still in control? Many are concerned about the leadership of our country. Rather than open a can of worms of political discussion (read Romans 13…and, regardless of where your vote was cast, you will find the Spiritual End of Discussion), I will quote a young gal who is wise beyond her years. My niece – not even old enough to vote – posted a comment on her Facebook that simply said “Relax, we didnt’t elect a new God…just a new president.” Isn’t it satisfying to realize…God still reigns!

Psalms 55:22 assures us that God will take our fears, our burdens, our darkest thoughts…and shoulder them…if we just let Him.

22-23 Pile your troubles on God’s shoulders—
he’ll carry your load, he’ll help you out.
He’ll never let good people
topple into ruin.
But you, God, will throw the others
into a muddy bog,
Cut the lifespan of assassins
and traitors in half.

And I trust in you.

Let God be your hiding place…and have peace. Take heart in the words of this New Life Church song…just as they took refuge in God in the midst of their shadows.

About the author Jason Whitehorn

Jason Whitehorn is a worship leader/pastor, Christian songwriter, CCM artist, mentor, public speaker and Christian music promoter/publicist. Jason's articles have been published in both online and National publications and has broadcast in both radio and major network television. Jason is the Redemptive Arts Pastor at Grace Church in the Indianapolis-Metro area.